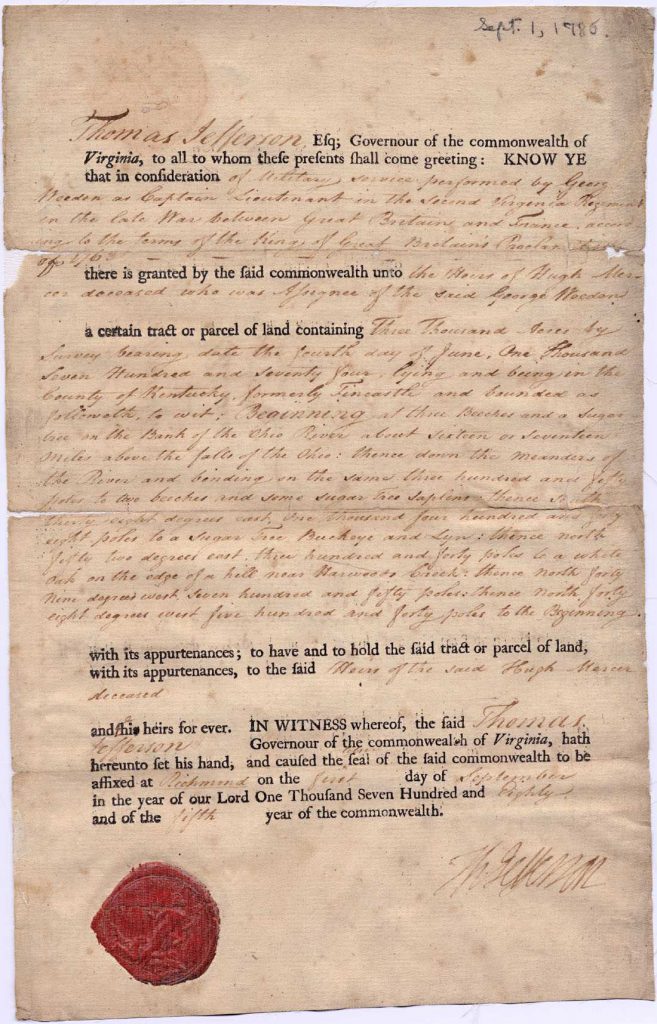 An index has been kept of the patents on record, but many of these indexes were made at a time when little thought was given to efficiency, and much confusion has resulted, both to the public who seek information, and the custodians of the Land Office who seek to supply the information.

In all about 160,000 patents have been granted to land located in the State of Kentucky. These patents are divided into nine groups, as follows: Virginia Grants, Kentucky Grants, Kentucky Land Warrants, County Court Orders, South of Walker’s Line, South of Green River, West Tennessee River, and W. F. H. Lands. Besides these patents, there are seven or eight volumes of “Entries” of surveys made before the State of Virginia or the State of Kentucky perfected any method of patenting land. Very few of these entries are indexed at all, or if they have ever been indexed, the indexes have long since been lost. It also frequently happens that patents are found which have not been indexed at all.

Enter your email address to subscribe to Kentucky Genealogy and receive notifications of new posts by email.