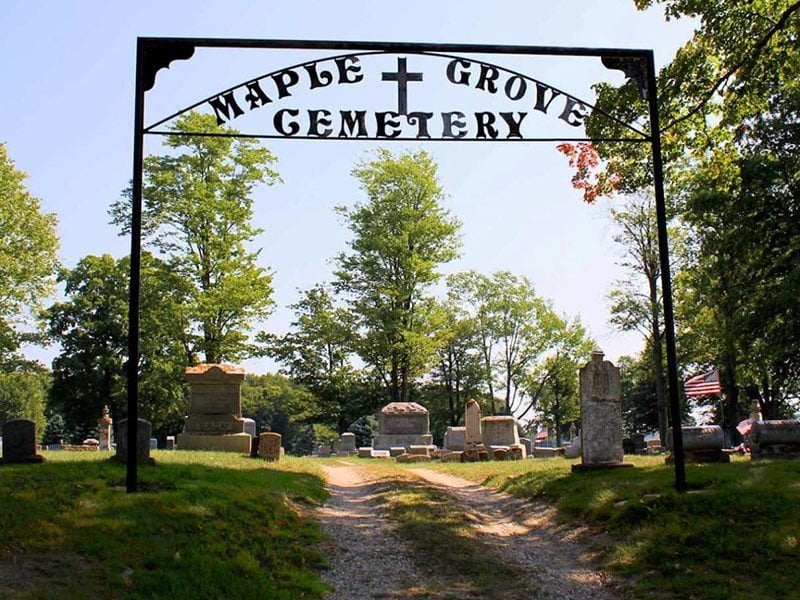 Maple Grove Cemetery was established on May 16, 1849 and operated as a private cemetery until the city of Nicholasville Kentucky accepted responsibility for its management in February 1993. It is impossible to determine a precise number of individuals laid to rest at Maple Grove due to the absence of many headstones and markers. The thousands of individuals who are known to be buried there include Civil War solders, victims of the Cholera epidemic, and a community hero-a black man who, in the mid 1800’s, toiled to bury white victims of the dreaded disease and who eventually succumbed to it himself. There are 12,513 known burials at the Maple Grove Cemetery up until 2008, the last time this database was added to, and these are presented here along with a history of the cemetery.

The Jessamine Journal was founded by J. M. Parish, who came from Mt. Sterling in 1872, and was its editor and owner. For several years it was printed on a Washington hand-press and had a hard struggle for its existence. It changed owners seven or eight times, and the office was destroyed by fire in 1886. At the time of this fire it was well equipped with a large power press and a first-class outfit of type. J. M. Kerr, who purchased the plant from C. W. Metcalf after the fire, ran it on a small scale for a short time and in 1887 sold it to Col. H. M. McCarty, who was one of the most successful and distinguished journalists in Kentucky. He was secretary of state under Governor Knott, and held other positions of distinction. Harry McCarty, one of the editors, was the junior member of the company.

Enter your email address to subscribe to Kentucky Genealogy and receive notifications of new posts by email.